World’s Biggest Iceberg is On The Move!

The world’s biggest iceberg is about to enter the open ocean.

A68, a colossus that broke free from the Antarctic in 2017, has pushed so far north it is now at the limit of the continent’s perennial sea-ice.

But scientists say A68 will struggle to maintain its integrity when it reaches the Southern Ocean’s rougher waters.

“With a thickness to length ratio akin to five sheets of A4, I am astonished that the ocean waves haven’t already made ice cubes out of A68,” said Prof Adrian Luckman from Swansea University, UK. 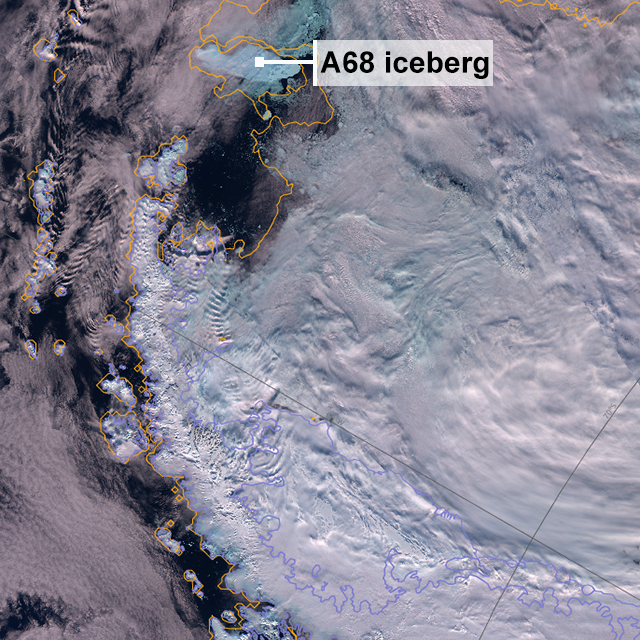 “If it survives for long as one piece when it moves beyond the edge of the sea-ice, I will be very surprised,” he told BBC News.

A68 split from the Larsen C Ice Shelf in July 2017. For a year, it hardly moved, its keel apparently grounded on the seafloor.

But the prevailing winds and currents eventually began to push it northwards along the eastern coast of the Antarctic Peninsula, and during this summer season the drift has undergone a rapid acceleration.

The iceberg, currently at 63 degrees South latitude, is following a very predictable course.

When it pops above the tip of the peninsula, the massive block should be swept northwards towards the Atlantic – a path researchers refer to as “Iceberg Alley”. 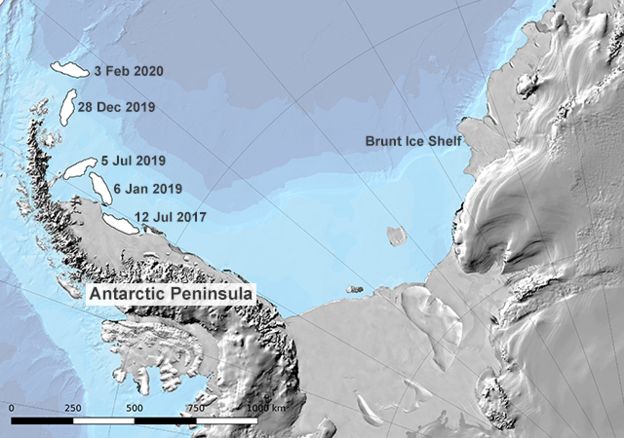 Many of Antarctica’s greatest bergs even make it as far – and beyond – the British Overseas Territory of South Georgia at roughly 54 degrees South.

The biggest ever recorded iceberg in the modern era was the 11,000-sq-km block called B15, which calved from the Ross Ice Shelf in 2000.

One of its last remnants, now measuring “just” 200 sq km, is halfway to the South Sandwich Islands, east of South Georgia.